Whilst looking through my monthly subscription to Digital Photo magazine, I came across an interesting article which showcased a panoramic landscape photograph by an Australian photographer by the name of Jadon Smith. It explains how he captured the shot and the techniques that he used. His final image was made up from 5 individual images and he describes how he had to take the shots hand held, as he did not have a tripod with him at that particular time…something I can relate to earlier on in the week, when I forgot to pack my own tripod. The lens that he used was a 28-300mm, which is not ideally the best lens but he had to make do and I must say that his final image did not suffer despite this.

Smith shot in Aperture priority mode with the aperture set to f/13, to make sure that he obtained a deep zone of sharp focus. He shot in RAW and processed the images in Lightroom to get the overall exposure correct. Photoshop was used for the sticking (I prefer to use Hugin, as in my opinion it does a better job).

When shooting a multi shot panorama, there are some tips that can be very useful:

Jadon Smith’s image can be viewed by clicking on this link. 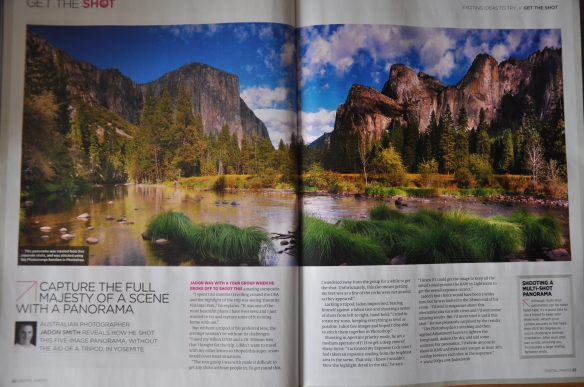